This is an interesting article debating the different types of communication that can be used over a long distance, and as they distance moves further and further, the different types of communication drop off or become part of an infrastructure. As engineers battle with this problem, knowledge of how radio frequencies and applications becomes paramount.

As offshore windfarms are built further and further from land, alternatives to conventional VHF communications are going to be required

A cornerstone of any major project is clear communication between all parties. As we move windfarm construction further offshore, maintaining efficient voice and data communications becomes essential. With many projects now being constructed beyond the range of VHF radio and cellular telephone, such as a Gemini or Dudgeon offshore windfarms, crew transfer vessel (CTV) operators and their clients are experiencing challenges achieving practical and affordable offshore communications. My experience on two far offshore projects in the last 15 months has shown that creative thinking can work together with existing equipment such as TETRA radio to reduce the risks and stress that poor communications can generate.

Communication solutions on offshore windfarms depend on the phase that the operation is in, the size of the project and the distance from shore. Many smaller, older windfarms rely on VHF radios to communicate between shore and vessel and shore/vessel and work team on the turbines. However, VHF is limited in range being a line-of-sight system, and the signal has trouble penetrating structures such as wind turbines due to the Faraday cage effect. Conventional cellular telephone coverage is also possible on nearshore sites, with some windfarms installing a cellular mast within the windfarm. Vessels at anchor off the Dutch port of IJmuiden can thank the windfarm industry for good connection when waiting for a pilot if they have contracts with the provider KPN.

When moving further offshore, luxuries such as a cellular mast will not be installed during the construction phase, and it is most likely that VHF radios will not be sufficient. It is common for the developer to install a TETRA radio network â similar to those used by national emergency response services such as police and fire departments.

TETRA, or terrestrial trunked radio as it is properly termed, is a secure network allowing one-to-one, one-to-many and many-to-many communications. This means that the marine controller can speak directly and privately to one party or to the entire offshore spread depending on what is needed. It transmits on a lower frequency than VHF so covers a greater range. This still is not enough to cover the distances experienced on far offshore windfarms. If multiple base stations are used, each base station can then automatically rebroadcast a message thus expanding the network coverage. On a recent construction project, it was found that there were communications blackspots in the area of the sea passage from the base port to the site. This was later eliminated by fitting full base station units rather than just handheld transceivers on the CTVs. The CTVs then became vital links in the communications network and ensured the blackspots were reduced or eliminated altogether.

TETRA has many other advantages, including the ability to penetrate the tower of a wind turbine, and calls are not dropped when moving between base station carriers due to the network configuration. This is especially important if vessel-carried base stations are relaying far offshore. The network is also secure, which ensures that commercially sensitive information cannot be intercepted. With the one-to-one mode, it also means that managers can have detailed conversations on sensitive subjects.

However, anecdotal information received from vessel crews in the field appear to indicate that TETRA, although a good system, is not foolproof. One vessel master reported that, after 15 months on site, they still had blackspots with TETRA and sometimes have to use the cell phone application WhatsApp to request that turbines be started or stopped so that he can land a team.

TETRA does not solve the operational problems experienced by vessel-operating companies who require frequent voice and data communication with the CTVs to ensure a smooth delivery of service. As most sites far offshore are outside of cell phone coverage and clients demand that daily reports are issued on time, creativity is needed. There is a simple solution that could solve all of the communication problems far offshore â installing VSAT satellite communications on each CTV, which allows instant telephone and data transfer.

However, the practicalities of chartering in todayâs windfarm industry eliminates this option, as the client will not want to pay for installation and operation, and a vessel owner cannot afford such a luxury. Charterers therefore need to make a decision: either they assume responsibility and the costs for practical workable satellite communications on their vessels or look for practical alternative solutions to deliver what is needed far offshore. 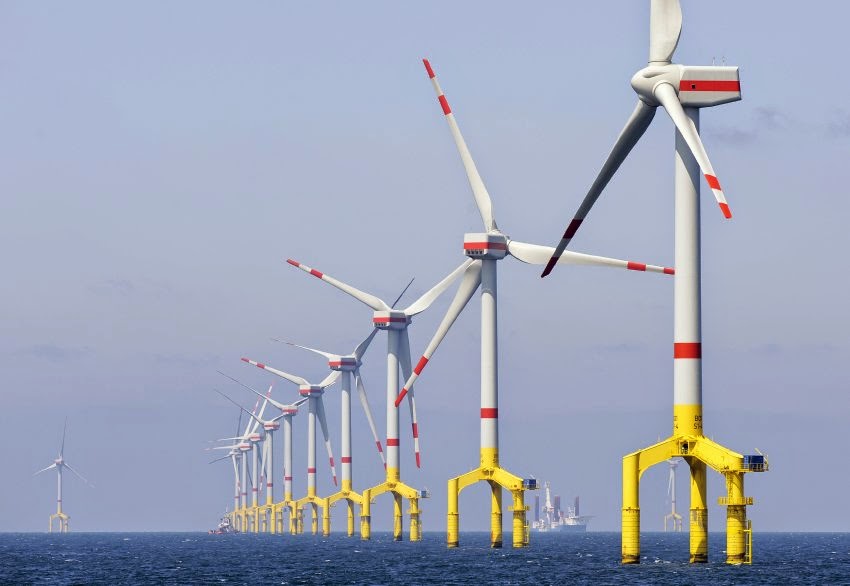 One practical solution to maintain communications between the marine co-ordination centre and vessels is to step back a generation and use medium frequency/high frequency single side band radios, which are common equipment on larger CTVs and is standard on service operation vessels (SOVs) or installation vessels.

When used in conjunction with the digital selective calling (DSC) function of the GMDSS standard, voice communications can be maintained at long distance without operating cost. Unfortunately, current guidance for the marine co-ordination in windfarms as found in the G9Â Good practice guideline:Â The safe management of small service vessels used in the offshore wind industryÂ does not yet consider marine co-ordination and communications in far offshore windfarms.

Another practical solution to improve data communication is to install powerful WiFi antennas on the decks of SOVs and other major offshore assets to allow CTVs to have internet access when they are in close proximity. CTVs can then download passenger manifests and weather reports and upload the daily progress report and synchronise planned maintenance and email systems.

CTVs spend considerable time in close proximity to the SOV during passenger transfer, bunkering or waiting for the next assignment, and it is relatively easy to set up the computers to connect and synchronise without operator input, thus reducing the risk of distraction. SOVs should be designed with space for CTV crews to use as a secure office so that laptops can be left connected to the network. In this way, crews can have two computers and prepare work when on shift, transfer via a data stick and upload when they go off shift.

One of the most effective tools that we have identified is WhatsApp, which seems to require very low signal strength to connect and transfer brief messages. On recent projects, we have found that most vessel/office communication occurs in this medium, including fault finding and incident reporting and investigation. Crews have found it quicker to video a CCTV system playback and send via WhatsApp than download the CCTV video and send it via a file transfer service. As synchronising an electronic planned maintenance system offshore is very time consuming, our superintendents have taken to sending the worklists via WhatsApp to the vessels who then confirm back with text or images when a job is complete. The superintendent then does the PMS administration from their office with the advantage of high speed network connections. Experience with WhatsApp has led me to believe that agile, low data applications will form part of the future of offshore communication.

Far offshore projects have moved from planning and dreaming to reality. However, effective and cost-efficient communication solutions have not moved with them. Like most challenges with far offshore windfarms, there is no single solution, but experience has shown that, with creativity and flexibility, projects can communicate with their teams and operators can manage their vessels.

Better equipment earlier on in the construction phase, such as MF/HF radios in the MCC and on the vessels, TERA base stations on the vessels and open deck WiFi on construction assets will all assist in improving safety and reducing stress while ensuring that unnecessary costs are not incurred.